Helping you juggle the struggle of love, marriage, and baby!

Do You Feel Like Your Children Run The Show At Home?

It doesn’t have to be this way.

You can learn how to be a loving and effective parent, feel in control when they’re out of control, and foster a healthy, stable environment for them to thrive.

Parent coaching can help. I can help.

Many Parents Struggle With The Stresses Of Raising Children

Raising a child or multiple children can be one of the most rewarding and overwhelming roles we step into in life. It is a huge responsibility that can bring up feelings of fear, doubt, shame, worry, stress, and increased marital conflict. One minute you may feel on top of the world with your children, playing and having so much fun together, and the next minute you may be in the middle of a disciplinary challenge, trying to cope with a meltdown or tantrum, or trying to set limits after things get out of control. It can be maddening.

Unfortunately, we are not taught parenting strategies in high school and most of us do not take Family Studies courses in college, so it is no surprise that as children get older, parents feel more and more inept at managing behaviors and shaping healthy outcomes.

The good news is that there are simple, effective strategies for being a great parent who provides love, support, empathy and understanding along with structure, consistency, and appropriate discipline.

As a certified Parent Child Interaction Therapy Therapist, and mother to two, I know firsthand the struggles parents face and effective tools for managing them.

While no two children are the same, there are some fundamental parenting tips that make a world of difference. Whether your child is small or growing older by the minute, the tools you will learn through family counseling will help you and your child feel better.

When a parent feels confident in their ability to parent, the child feels more in control and contained within themselves. This leads to them wanting to please, meeting your requests, and enjoying time together.

This isn’t too good to be true, it’s a reality that can be yours.

Case Study: How Erin And Jim Learned To Work Together As Parents

Erin and Jim were busy parents of an 8-year-old son and a 10-year-old daughter. Their children were doing well in school, had friends in the neighborhood, and were mostly good kids, but a couple of times per week, they experienced very challenging behaviors in the home from each child. Their daughter for example, would have emotional meltdowns that could last for hours and during this time there was no way to reason with her or decrease her tantrum. And their son would sometimes become aggressive with his sister, often sending her into one of her meltdowns.

Erin and Jim were good parents, but they felt helpless in these moments. They had read many books and tried many strategies for dealing with these behaviors, but nothing worked.

After a few meetings with a parenting coach, gathering information about their children, marriage, and family dynamics, it became clear that some of the systems had to shift. Clear bedtimes became important, some structure on the weekends was necessary, chores and clear expectations were needed during the week, and their daughter needed more support for identifying and expressing her emotions.

Erin and Jim quickly went to work at implementing more structure and learning tools for assisting their daughter with her emotional expression, and behaviors in the home quickly began to improve. Erin and Jim started to gain confidence as parents, worked as a parenting team supporting one another in times of stress rather than criticizing one another, and stopped walking on eggshells around the home.

Carrie and Eric had a 2 ½ year old son, Roman, and another child on the way. While they were excited about having another child, they were also petrified about how Roman would respond his sibling. From an early age, Roman was a challenge. He struggled with sleep, threw a tantrum when he was put in his stroller, clung to mom when she left for work, and often became aggressive with other children at the park. Of course he also had his loving, sweet moments, but Carrie and Eric felt helpless when Roman would act out. In an effort to stop the behavior and not draw attention to an outburst, they would give in to Roman’s requests – disregard naps, hold him instead of putting him in the stroller, mom would stay late saying goodbye to him and ran late for work most days. They were exhausted and realized this could not continue when their second child arrived.

After a few family counseling sessions, Carrie and Eric became more clear on what they were doing to exacerbate the tantrums, owned their fears of not giving in to Roman’s requests, and made a parenting plan that they felt would work for their family and with their parenting philosophy on creating change.

With support, Carrie and Eric worked together as a team to regain their position as parents in the household and rather quickly Roman accepted his role as the child. This meant Roman began taking naps, started following directions without protest, decreased his aggressive behaviors, and felt less desperate to cling to mom.

While this helped with what they were facing at home with Roman, it also helped Carrie and Eric feel more in control of being parents in general. They were able to talk about how they would handle their next child and systems they would set up from the beginning in order to decrease the sense of overwhelm they felt trying to please Roman at all times.

You may be interested in working with a parenting coach, but still have a few questions and concerns…

My husband and I cannot get on the same page with parenting. Can you help us with this?

Yes! While it is important to be on the same page as parents, it is also okay for parents to have different means to an end. So if both of you agree that you want your child to clean up their toys, but have different strategies for making that happen, that is fine, as long as no one is being hurt. Parents have different personalities and temperaments, which means that we may interact with our child differently. One parents may sing songs to get a child to comply while the other may take a more stern tone of voice, both may work and both lead to the same outcome if done appropriately.

We’ve tried everything and nothing has worked. How will parent coaching help?

Sometimes parents are focused more on the child and what they want to change about the child instead of the system around the child. While we may not like our child’s behaviors like when they hit their sibling, tantrum in the middle of Target, or won’t do their homework, there are typically contributing factors in the home that need to be adjusted. When we take the time to learn more about our role as parents and examine the environment we are fostering, we can make a world of difference in our child’s life. This then leads to an increased desire and ability to comply.

For your first session, we will meet to discuss your concerns and desired outcome. I will gather information about both you and your spouse (or other parent), your child or children, the home environment, schedules, challenges, etc. I’ll want a really clear picture of your family. After that we will begin to talk strategy and I will provide you with some good parenting tools to start implementing at home. We usually start small so that we do not overwhelm the children (or the parents J). From there you will report back to me on how things are working and we will make adjustments along the way.

Take The Next Step Toward A Peaceful And Connected Home

If you’re ready to learn expert parenting techniques, please EMAIL or CALL ME and we will find a convenient time to meet for our first session. I also offer a complimentary 15 minute call to address any questions or concerns.

Parenting should be something we enjoy in life, not something that breaks us by the end of the day.

If you’re tired of feeling exhausted, depleted, out of control, at odds with your spouse, and helpless, it’s time to get help.

Parent coaching will teach you the tools and skills you need to be a loving, consistent, engaged parent. 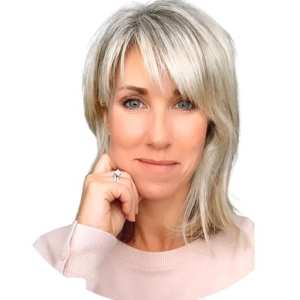 Do You Want to Feel Closer to Your Husband?

Download my Favorite 52 Open-Ended Questions to Ask Your Husband and start boosting your connection today!

We promise to never sell, rent, trade or share your email with any other organizations.

You are amazing just the way you are. Your baby lo

A healthy marriage after baby, does not just happe

After a baby, it is normal for conflict to increas

I think almost every new mom I have ever met feels

Sex after baby can be challenging for many reasons

You are amazing just the way you are. Your baby lo

A healthy marriage after baby, does not just happe

After a baby, it is normal for conflict to increas

I think almost every new mom I have ever met feels

Sex after baby can be challenging for many reasons